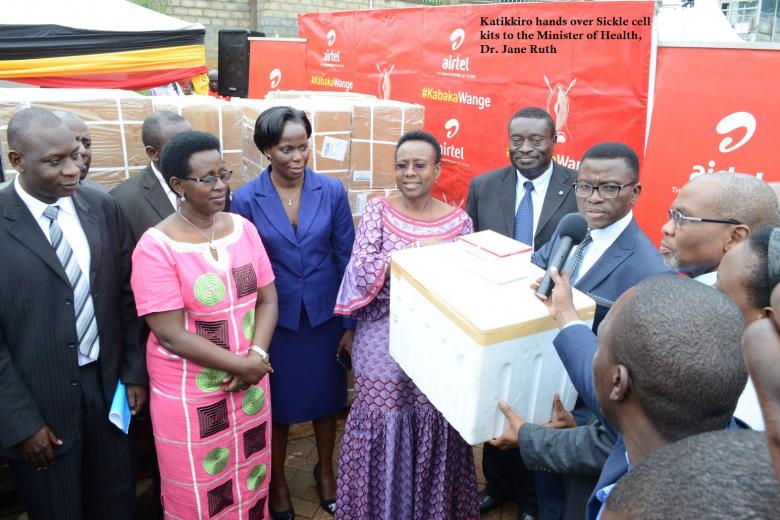 The Minister of Health for the Buganda Kingdom, Dr. Kiwanuka Mukwaya gave a speech and said that sickle cell disease can only be cured by bone marrow transplant. He further spoke of the donation as being the fruit of the sickle cell run and advised all partners to go for screening before the marriage.

The katikkiro of Buganda, Charles Peter Mayiga was blown away when he was taken on a guided tour around the facility and wondered whether such a facility existed in Uganda because of its nature, being so tidy and a hardworking team that does not blow their trumpets. He was so grateful for the contributions from the different partners for the fight against sickle cell making the fight possible and a reality. He later handed over the sickle cell test kits to the Minister of Health, Hon. Dr. Jane Ruth Aceng at UNHLS Headquarters in Butabika.

As grateful as she was, Hon. Dr. Jane Ruth Aceng re-enforced partnership with the Buganda Kingdom and the Health sector. In her speech according to the survey carried out, 300 people are suffering from sickle cell and over 500000 have the traits. One of the interventions undertaken is targeted newborn screening in high burden districts. And she appealed for people to talk and make aware sickle cell disease. Lastly, she appreciated the CPHL/UNHLS staff for being patriotic and putting patients first.